Les Arcs has some great slopes with long descents and enough terrain to entertain both intermediates and experts. 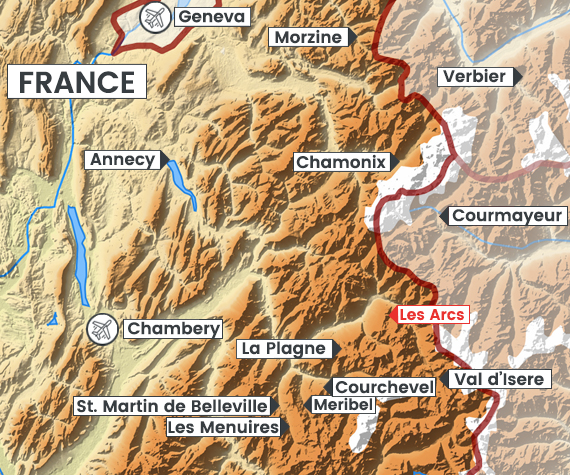 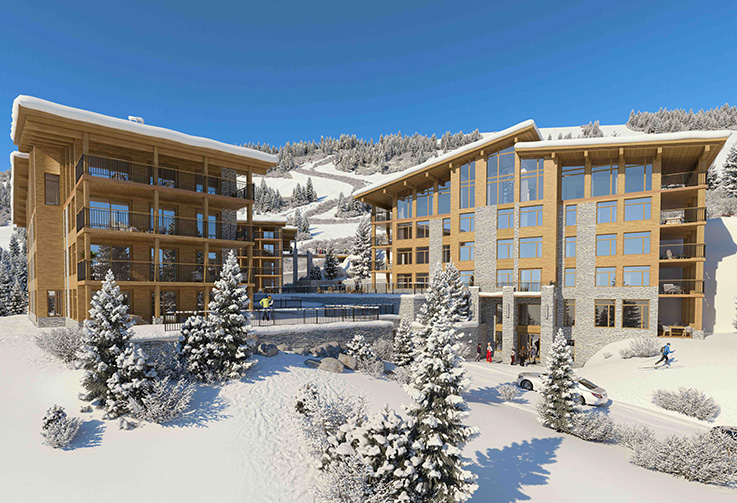 An exceptionally unique development situated directly on the slopes of Les Arcs 1800 where apartments are already selling out fast.

"Like its neighbour La Plagne, this resort is defined by the quality of its skiing, which is very high indeed. Four interlinked resorts offer sweeping intermediate slopes, enchanting woodland runs and some seriously challenging terrain for the experts. When it comes to choosing a resort, Les Arcs is for those who put skiing as their number one priority and like to ski to their door." - Simon Malster

More compact than neighbouring La Plagne, Les Arcs consists of only four major villages. Arc 1600 was the original, and sits at the lowest altitude, while above it, Arc 1800 is by far the largest of the four resorts. Both 1600 and 1800 have modernist centres, with some more recent developments adding clusters of more traditional, chalet style buildings.

Arc 2000 and Arc 1950 are over the ridge. Despite the name, Arc 2000 sits at 2100m, and is the highest of the villages that make up Les Arcs. It was built in the 1960s to evoke the future, and named after the coming millennium. The huge apartment blocks have been joined by more traditional style buildings, making a striking combination that is far more attractive than you might expect.

Arc 1950 was built by IntraWest in 2003, and is the most classically Alpine of the four bases. It's home to the liveliest apres ski, although like the other three, 1950 is more of a family resort than a party town. Peisey-Vallandry, at the southern edge of the Les Arcs ski area, is a little more traditional than other villages in the area. It's home to the cable car over to La Plagne, making it one of the best connected bases in the Paradiski area. 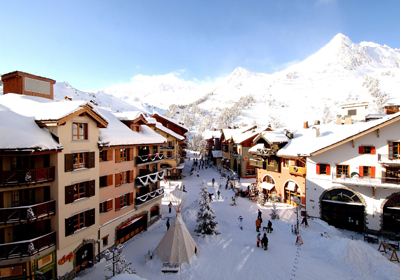 Linked with La Plagne, Les Arcs forms part of the huge Paradiski Area. While the linked slopes arean't as easily traversed as those in the Three Valleys and the Espace Killy ski area, both Les Arcs and La Plagne have plenty of good slopes in their immediate areas. The 200km Les Arcs ski area has varied skiing for all ability levels, with most routes having an easy and a more difficult option that will suit mixed ability groups.

Intermediate skiers can enjoy the range of blue and red runs, with most of the challenging skiing located in the area directly above Arc 2000. The groomed, treelined runs in the Peisey-Vallandry area are popular amongst intermediate skiers, especially as it tends to attract fewer crowds than some other areas. Some of the higher wooded slopes above Arcs 1600 and 1800 are steep, but well groomed and popular amongst skiers looking for good carving runs.

Experts can head to the  Aiguille Rouge cable car, where much of the most challenging skiing is located, with several excellent black runs in that area. The bulk of the difficult skiing in the area is ungroomed 'Natur' runs, so the slopes are normally uncrowded. Beginners can use the free beginner lifts in 1800 and 2000, with 'ski tranquille' zones set out for learners. 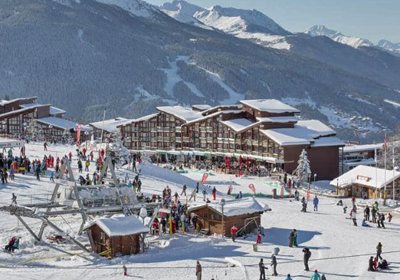 There are a number of new build and resale apartments available in Les Arcs. Many of the new development taking place in Arc 1600, where the low rise, modern buildings are unobtrusive during the winter, and the addition of new buildings blending modern and traditional architecture is adding a distinct aesthetic to the village.

Properties in Arc 1800 are more unusual, but always prove popular. As the largest of the Arcs, Arc 1800 is often the base of choice amongst families looking for off the slope activities. 1800 is also one of the best areas for access to the beginner skiing, and is striking looking. The new buildings in 1800 are following a similar modern Alpine style as the rest of the village. 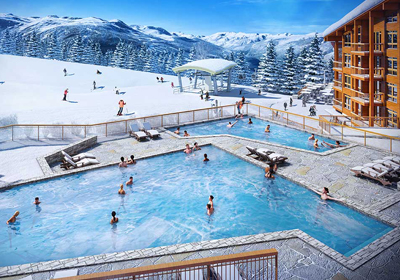