Davos is the highest town in Europe and boasts an expansive ski area suited to skiiers of all ages and abilities. 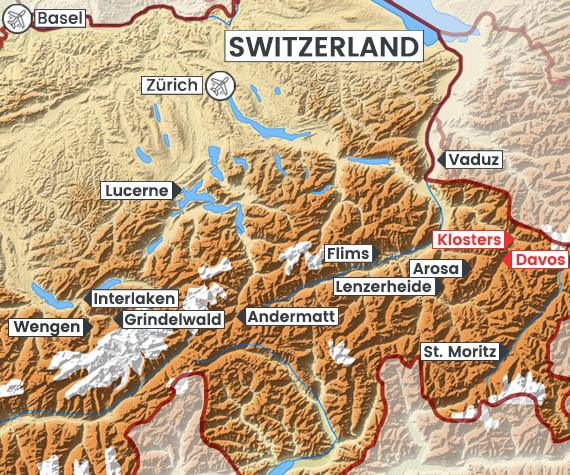 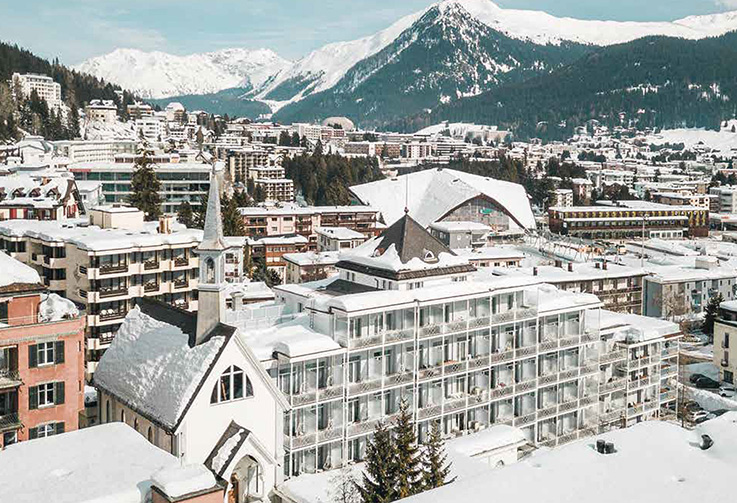 The Residences at the Hard Rock Hotel Davos are a unique collection of one to three bedroom apartments designed by a leading global architecture company.

"The big selling point for Davos is that it is a proper town and is easily accessible from Zurich. Restaurants, shops and bars are open year-round and there is plenty to do off the slopes too. Throw in the extensive and varied skiing and you can easily see why Davos is so popular." - Simon Malster

Davos and Klosters are two well-known and highly regarded ski towns set by a lake in a picturesque part of Eastern Switzerland. Historic Davos began as a spa town, then became a sports destination and later became famous for hosting the annual World Economic Forum. While the more charming Klosters has become famous for hosting royalty. Despite being close to dazzling St Moritz, they offer the kind of low-key glamour that is almost entirely unique.

Davos is not the most attractive of resorts, in fact it probably has more in common with a city than a ski resort, but the quality of skiing is more than enough to make up for this. The liveliness of the town also compensates for the architecture. As well as gourmet restaurants, including Michelin stars, there are sophisticated bars, a casino, plenty of shops and much more.

If you love the skiing, but Davos just isn't your cup of tea, then Klosters is where you need to go. A decent sized village but more attractive and traditional in design. You will still find a Michelin star restaurant here, some attractive cafes for afternoon tea, as well as a few fun bars for après ski.  There are also a host of local traditions, fetes and events going on all year round including the Klosters music festival. 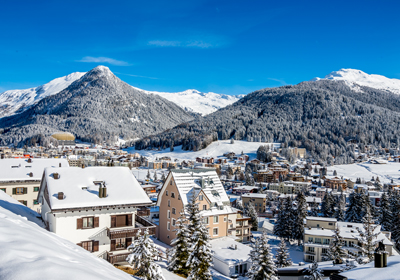 The skiing in the Davos/Klosters area is distinctive and expansive, spread over five areas of varied piste with most of the skiing between 1,800m and 2,800m. Stay here for a week and you could dedicate each day to a new mountain, or cruise from one to another on some lovely long red runs.

The resort is best for intermediate skiers with more than enough to keep you occupied, but there is still a good selection of tough, steep black runs and a smaller novice area making it a good choice for skiers of all abilities. Of the two resorts, Klosters is the more learner-friendly, offering the best beginner section. For the best black runs head down to the tiny little hamlet of Wolfgang, as well as the difficult ski slopes between Davos and Klosters.

Once you have spent some time here you will also discover that there is a huge amount of off piste at your disposal. Find great routes through the trees and hire a guide to take you into all the little known areas. If you are heading back to Klosters, you can stop off at the several rustic huts in the woods where, if you stay a bit later than intended, they will give you a torch so you can still ski home. 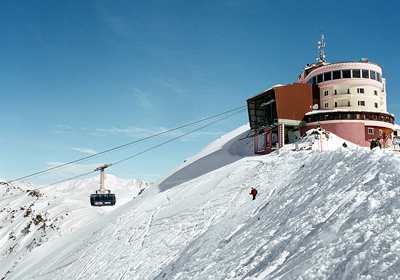 An enduringly popular location in both summer and winter, Davos and Klosters are one of the more lively year round destinations. The annual Swiss Alpine Marathon is held in Davos every year and is preceded by a popular fete. Festivities take place on the eve of the marathon with food and drink stalls set up along the promenade. On Lake Davos try sailing, wakeboarding, and wind surfing or just relax at the lido.

Mountain biking and hiking are both popular activities in the area, with some of the most spectacular Alpine scenery providing the backdrop. There are a number of great options, ranging from short hikes using the lifts to long days on epic mountain trails.

If you are looking for something a little more adventurous, the drive from Davos to Stelvio in Italy is considered by some the greatest driving road in the world. It certainly isn't something you want to tackle in the winter as even in summer it is quite a handful. You can also try your hand at mountain climbing, glacier walking and paragliding. 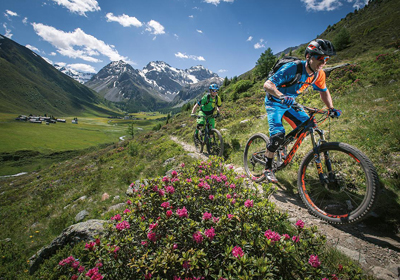 Davos and Klosters are both mostly characterised by apartment residences rather than old chalets. The main difference is that in Klosters the properties are designed in a more traditional chalet style, while in Davos they have more of a modern and city feel. Unfortunately, there are few properties of quality on the market in these two resorts and they are only rarely authorised for sale to foreigners. Foreigners will struggle to buy in Klosters unless you are resident in Switzerland. Prices tend to be slightly higher in Klosters than in Davos.

There is also little new construction going on now, but when there is, it tends to sell very quickly as there is always a queue of people waiting to make Davos their second home. It is very popular with Swiss living in Zurich and foreigners with residency in Zug who have chosen to take advantage of the low taxes.

The current market reflects this as we currently only have one resale apartment in Klosters and that is only available for a Swiss resident. If you want to buy in in either of these resorts, you have to be quick. 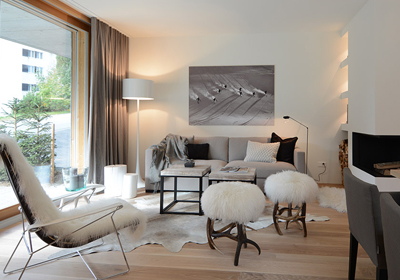